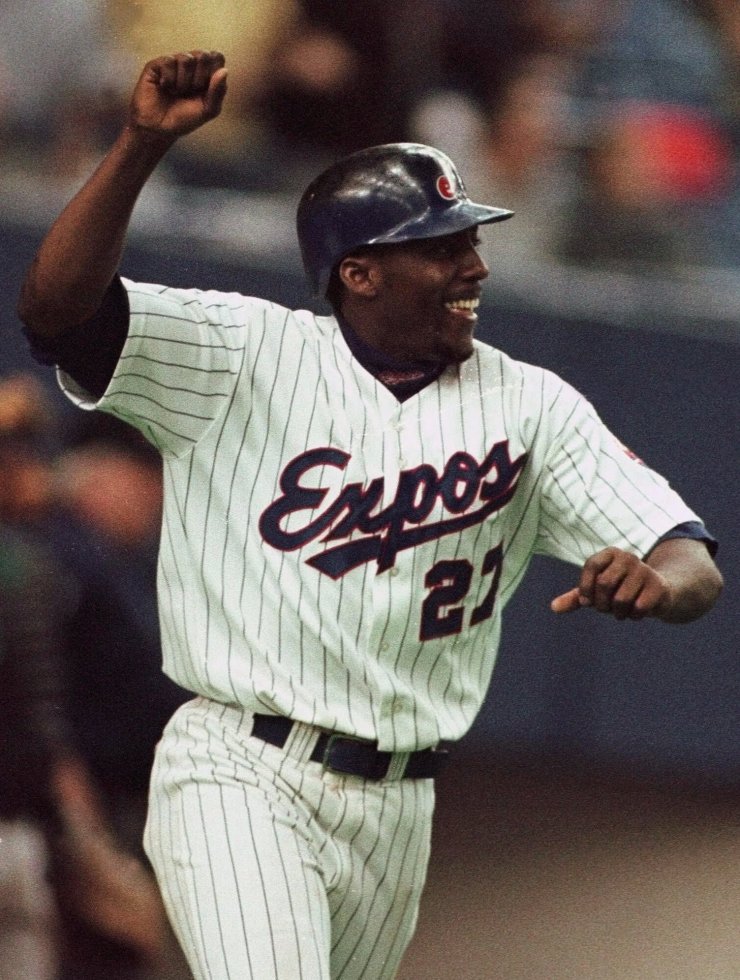 The A’s take game 2 by way of shutout 2-0.  Chad Pinder provides the offense with his 4th home run and AJ Puk gives up just 3 hits over 7 1/3 innings on his way to his 1st victory of the year.  Khris Davis didn’t play in either game…I think they’re listening.

Josh Donaldson hits his 14th after a 10 day layoff as the Twins top the Orioles 6-5.  Jorge Polanco was suspended 4 games and Keyvious Sampson was for 9 for their part in yesterday’s brawl.

Kansas City scores 3 in the 7th, highlighted by a Cam Gallagher 2-run double, as they down the Yankees 4-2.  Miguel Andujar with his 2nd home run in the loss.

Vladimir Guerrero Jr. (11) and Randal Grichuk (13) both crush balls out of the park as the Blue Jays beat Seattle 5-2.  Nate Pearson gives up 1 run over 5 innings to give him a 6-2 record.

Carlos Correa hits number 14 and Yordan Alvarez goes 3-4 with 3 RBI as the Astros beat the Rangers 9-7.

Monte Harrison has cooled off considerably since last month, but he finds his power today hitting his 10th and Tomas Nido hits his 1st home run in a Marlins uniform as Miami sneaks by the Angels 3-2.

Paul Dejong goes 3-4 with his 4th and 5th home runs as the Cardinals have their way with the Mets 7-1.  Jack Flaherty just keeps on winning, extending his perfect record to 12-0 striking out 11 over 6 innings giving up just 3 hits, one of which was Jeff McNeil’s 10th home run.

The Dodgers pound the Reds 12-3.  Cody Bellinger knocks number 25, Joc Pederson with 22 and 23, and Gavin Lux adds his 9th while Walker Buehler gives up 1 run over 5 innings for his 7th win.

Kurt Suzuki hits his 3rd long ball and Juan Soto was 2-3 with 3 RBI as Washington sends the Braves packing 7-5.  Ozzie Albies with number 9 in the loss.

Fernando Tatis Jr. hits 2 more (15, 16) today to give him 5 home runs in his last 5 games as the Padres were victorious over the Brewers 4-1.  Joey Lucchesi gives up 1 unearned run over 5 innings for his 3rd victory.

Starling Marte jacks number 7 in Arizona’s 3-2 edging of the Rockies.  Madison Bumgarner moves to 6-2 giving up 2 runs over 8 innings.  Trevor Story with number 20 in the loss.

Tyler Anderson strikes out 9 giving up 6 hits in 8 shutout innings AND drives in the game’s only run as the Giants blank the Pirates 1-0.

Cincinnati activates Wade Miley and sends him to AAA for a rehab assignment.

That’s your Wednesday trip around the bases!