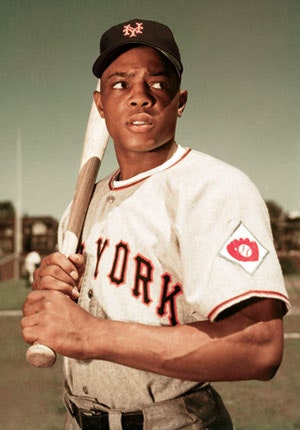 The Twins with the major league best record keep on rolling.  Today they thump the Yankees 10-4.  Max Kepler hits his 19th and Josh Donaldson hits 2 more to give him 13 on the year while Kenta Maeda gives up 2 runs over 6 innings to get his record to 7-1.  Gio Urshela has another monster game in the loss going 4-4 with home runs 10 and 11 and is now batting .348.

Mitch Moreland hits his own 3-run shot (6) as Boston takes care of the Royals 7-4.  Dillon Overton in his major league debut goes 6 innings and gives up 4 runs in the no-decision.

Tyler Glasnow strikes out 7 giving up 1 run on 2 hits through 6 1/3 innings to move to 5-1 on the year.  Hunter Renfroe provides the offense with his 12th home run as the Rays 3-hit the Blue Jays and win 9-1.

Daniel Vogelbach hits number 12 and Tom Murphy goes 2-5 with 3 RBI in Seattle’s 9-6 victory over the Tigers.

Washington and Texas combine to use 17 pitchers in their 6 hour and 16 minute 16 inning marathon.  Joey Gallo crushes his 14th home run and the Rangers score an RBI single in the bottom of the 16th off of the bat of Scott Heineman to send everyone home.  Texas wins this one 5-4.  Last week’s NL Player of the Week, Trea Turner, was taken out of the game in the 4th inning with knee inflammation after running the bases.

Marcus Semien was 4-4 with 3 RBI in Oakland’s 4-3 victory over the Astros.  Khris Davis, Matt Olson AND Matt Chapman form a Mariachi band as they each go 0-4 with 4 strikeouts.  Has that EVER happened before?  3 teammates all rocking the golden sombrero in one game?  IMPRESSIVE!  Khris Davis down to .286 for all of you keeping score at home.

The Mets score all their runs in 2 innings, but that’s enough to get by the Phillies by a score of 6-2.  Pete Alonso with his 9th blast and Michael Conforto with his 14th to help Jake deGrom win his 5th of the year.  deGrom strikes out 6 in 7 innings while giving up both Philadelphia runs.

Jack Flaherty is just rolling this year!  Facing Atlanta today, Flaherty works 6 innings striking out 9 and giving up 1 earned run, a Ronald Acuna Jr. blast (10), as he moves his perfect record to 9-0.  Cardinals beat the Braves 4-2.

Milwaukee scores 7 in the 6th to beat the Giants 7-6.  Other than a Ben Gamel 2-run home run, all runs were scored off singles and were unearned thanks to a Yolmer Sanchez booted ball.  Over 5 2/3, Kevin Gausman gives up 12 hits, a walk and the 7 runs, but again, all unearned and he luckily gets to keep his ERA from inflating as it currently resides at 2.82.  Bummer for Gausman, but a silver lining at least.

Ian Happ hits his 7th home run in the bottom of the 9th, but the Cubs come up just short of the Marlins today 4-3.  Pablo Lopez pitches 6 1/3 of shutout work to pick up his 3rd win of the year.

Clayton Kershaw has a lousy outing by giving up 7 earned runs in just 3 1/3 innings in a no-decision.  The Dodgers score 4 runs in the top of the 9th to come back and beat the Rockies 12-11.  Cody Bellinger hits number 22 and Joc Pederson gets number 16 in the victory while Trevor Story goes 4-4 with his 16th and 17th home runs in the loss.  Story was a double shy of hitting for the cycle.

And finally, Ketel Marte hits his 10th home run in the Diamonback’s 3-2 win over the Padres.  Zac Gallen allows 2 unearned runs over 5 2/3 innings in the no-decision to bring his ERA down to 2.50.

Baltimore’s Jose Iglesias returns from his rehab assignment; and

The Royals designate Clay Buchholz for assignment.  Buchholz was 2-1 with a 3.92 ERA…27 strikeouts and 9 walks in 41.1 innings.  He’s seen his ERA climb steadily from 2.78 to 3.92 in his last 5 outings.  Hardly a candidate to get sent down in my eyes, but no front office has put me on payroll yet, so I don’t get a say.

That’s your Tuesday trip around the Diamond!