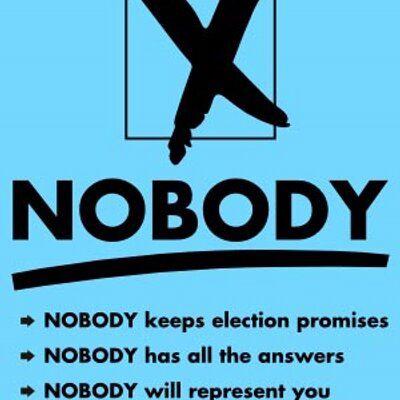 Short answer, no, you do not HAVE to vote.

Now, here’s the first argument people have for me.  “How can you NOT vote?”  Well, I choose not to be informed because of my hatred for politics.  Would you really want me to make an uninformed choice?  Or here’s another response I can give…”I can’t figure out what I want for lunch, how could I possibly make a decision about who should be in any sort of office?”

Next statement I’m usually bombarded with…”People died so you can have the right to vote.”  Ok, a couple of rebuttals here.  Response #1: “People also died for my right to bear arms.”  “Does that mean I need to own a gun?” “Do YOU own a gun?”  Or response #2:  “People died so that we could have freedom of religion.”  “Do you go around telling people they NEED to choose a religion?”

Here’s another good one…”It’s your Civic Duty!”  “You MUST vote!”  Ummm, how about “No…Civic DUTIES are obeying the laws, paying taxes and serving on juries.”  “You get arrested if you don’t do those things.”  “You don’t get arrested for not voting.”  “That’s a Civic RESPONSIBILITY.”  “Do you see a difference?”  “The powers that be clearly don’t think they weigh the same.”

People tend to get frustrated when I respond like that.  They’ll say “This is totally different.”  Ya know what?  No, it’s not different.  We’re all afforded lots of rights and freedoms in America that not everyone exercises.  That doesn’t make it wrong.

You’re in control of you!